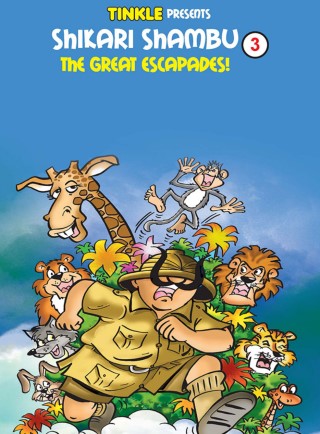 While Shambu steals the gifts meant for Shanti’s sister, a langur wreaks havoc in the town. What happens when Shambu meets the langur? Find out in The Looting Langur. • Shambu has been tasked with catching man-eater in the forest. And unknown to him, there are also two poachers looking to catch Shambu. Who will catch whom first? Check out Easy Catch. • Shambu’s nephew Vivek coaxes Shambu to organize a summer camp for him and his friends. But camping out in the forest turns out to be more trouble than what Shambu signed up for in Shambu’s Summer Camp. Did you read? Making the world a better place. Click here to read.