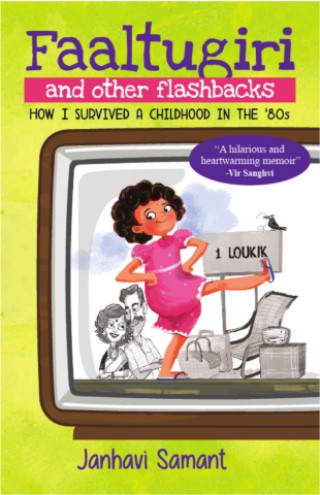 Faaltugiri and other flashbacks

A long, long time ago, much before Hindi films were called Bollywood and Bombay was called Mumbai, before cellphones and Internet- there were kids who had no gadgets and were left most to their own devices. What was the world like for children in the ’80s? Full of faaltugiri for sure! Traverse a bustling gully in Dadar with a Mumbaichi mulgi and witness her worthless attempts at cutting-edge socio-scientific experiments like collecting soap choora, pencil shavings,talcum powder, mastering the Bambaiyya language and her dreams of becoming a heroine. Did you read? Making the world a better place. Click here to read.