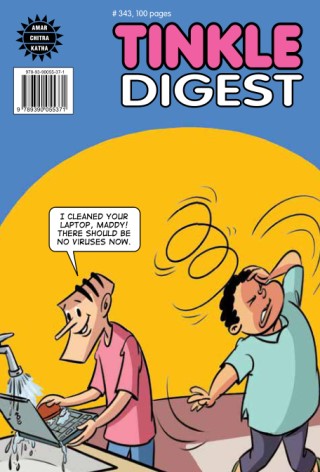 ● It's a rainy night and Shikari Shambu has lost his way in a forest. There's bound to be some trouble! Read Shikari Shambu: Chance Meetings to know more.
● Makhan Singh, the barber, has a habit of boasting. Find out what happens when he boasts to a police inspector in The Barber Who Talked Too Much.
● Issunboshi was the littlest man in all of Japan but the measure of his bravery was greater than his size. Read his adventures as he becomes none other than the Princess' personal guard!
● Never ask him why because he's bound to say, Why not? Watch how Wai Knot gets a taste of his own medicine in Dog's Day Out.
Also starring:

There's a "red-headed" mystery brewing in London and Sherlock Holmes is determined to solve it. Read Riddle Me Red to know how he does it. Suppandi is the new, reliable watchman at Sheetal Apartments. Laugh at his antics as he makes sure he does his duty well in Suppandi: Alert Watchman! Watch how Stefan gets the better of the troublesome Jemal Pasha who is on a tax collecting mission in Clever Stefan. Sharanya and Gita's school is showcasing a play on Rapunzel for a charity event. The kids are excited but there's a surprising twist! Read Untangled to find out what it is."