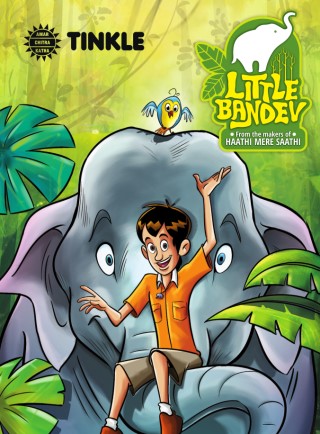 Bandev will not stop at anything till he saves the last elephant of the jungle! The main protagonist of Rana Daggubati's trilingual feature film, 'Haathi Mere Saathi', Bandev has dedicated his life to his pachyderm friends and the safety of their home. But who was Bandev before he became protector of the elephants? This special comic collection, created by Tinkle in association with the makers of 'Haathi Mere Saathi', traces the origin story of the rugged animal guardian,taking readers back to his days as an innocent young boy living with his grandfather, fending off poachers and talking to elephants! BONUS: Two crossover stories featuring Bandev with Tinkle's very own Shikari Shambu and Kalia!