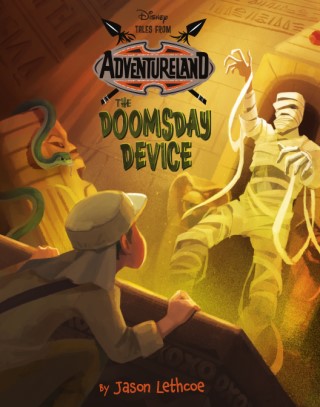 Andy Stanley thinks he's seen it all as a member of the Jungle Explorer's Society—mummies, magic, all sorts of monsters. His own grandfather, Ned Lostmore, now exists as a sentient shrunken head. But nothing can prepare him for what happens when the Potentate and her evil Collective army steal an ancient scroll unlocking a powerful secret that could spell disaster for the J.E.S. and the entire world: the Doomsday Device. Once the Device is activated, Andy and his friends have very little time to track down the one person who can help them stop it. It's an adventure full of perilous pursuits, betrayal, and deadly riddles. The countdown has begun: has Andy Stanley finally run out of time?